SCEC's CXM group is developing a distribution method for SCEC's CFM v5.2 fault model data set. The goal of this effort is to develop a Community Fault Model Discovery and Distribution System that helps the SCEC research community make use of the CFM. 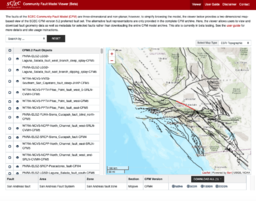 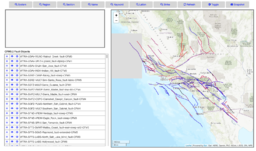 During early CFM workshops to get community feedback, the group were working with the UCSD group to visualize the CFM in 3D with Fledermaus. Fledermaus has a free 3D viewer - which used to be iView3D but is now iView4D, with Win-32, Win-64, MacOSX, & Linux versions of iView4D available, and like other approaches, the data need to be reformatted for this app.

This software was adopted by the USGS for 3D visualization:

In terms of the CFM webpage, we are discussing if there is still a need to provide additional 3D visualization resources for the CFM and other CXM products. If so, a iView4D plus MoVE Viewer may be a useful combination.