The cost to calculate an initial 1 Hz hazard curve for WNGC, with SGTs on Titan and post-processing on Blue Waters, was 230K SUs, broken down as follows: 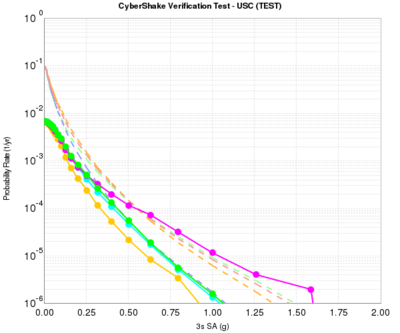 To move to higher frequencies, the rupture geometries must have a denser grid spacing, from 1000m for 0.5 Hz to 200 m for 1.0 Hz. We adopted genslip v3.3.1 to resolve an issue in which, since the dimensions of the rupture surfaces can vary a bit going from 1000m to 200m, some ruptures went from 8 rupture variations to 2, resulting in undersampling the rupture and causing artificially large ground motions (Figure 1; magenta curve, compared to green and cyan). Figure 1 illustrates that the issues is related to the resolution of the fault surfaces used in the synthesis, not the resolution the SGTs are saved at.

To address this issue, we moved to genslip v3.3.1, which has the following modifications:

This seems to have resolved the issue, as can be seen in a comparison plot of the 1000m and 200m results for the TEST site (Figure 2). Notice they visually match the cyan and green curves in the first plot, as well. 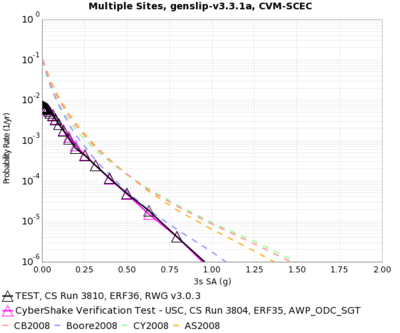 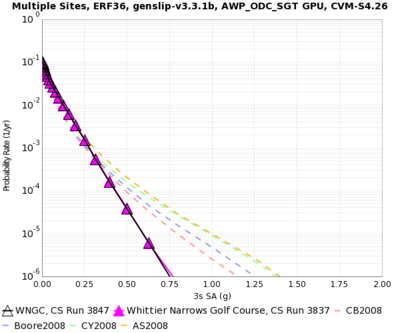 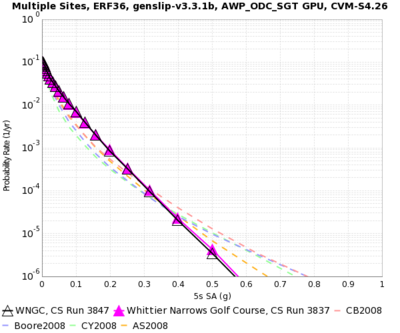 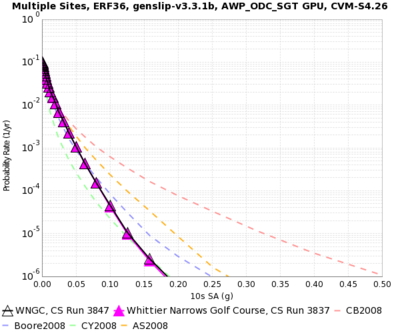 We conducted an experiment to see what the impact of random vs uniform hypocenter distribution is on hazard curves. Plots comparing run 3847 (random) to run 3837 (uniform) are in Figures 3-5. 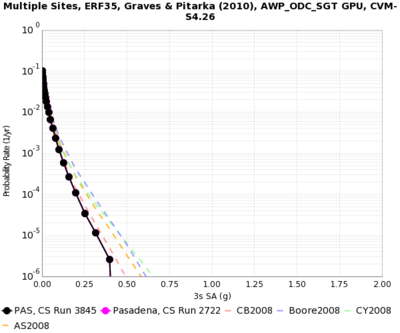 We took the batching capability from SeisPSA_multi and integrated it into the large memory version for 1 Hz calculations, producing SeisPSA_lm_multi. In this way we can batch our 1 Hz post-processing, reducing the input I/O by a factor equal to the batching factor. 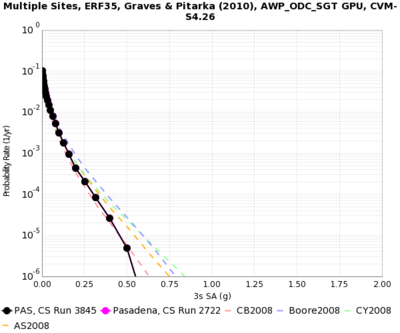